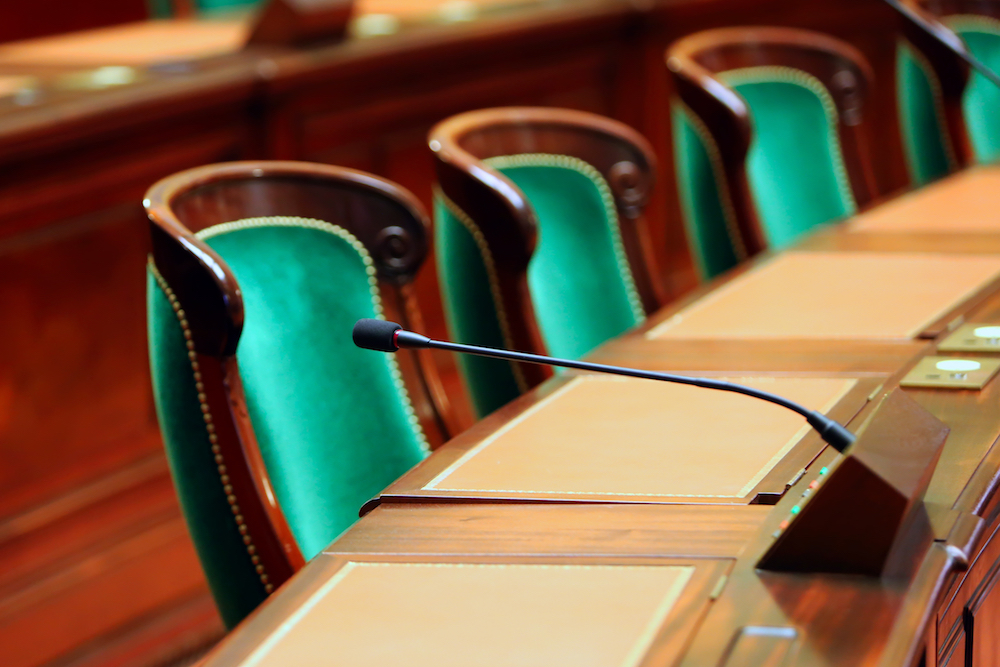 Mayor Renner announced a quorum of Board members present to conduct City business.

The Pledge was recited.

Christie Hensley, 518 Hill Street – Hensley urged the council to vote in favor of the dog park

tonight and stated she would be available should they have any questions.

Adam Mostert, 115 Irvine Street - Mostert voiced concern with the placement of the pride flags on the walk bridge. The flag he expected to see there was the American flag. He feels it is wrong for the city to use a public space for this.

Bernstein requested item 19C-0264 be removed from the Consent Agenda.

Discussion: Bernstein voiced concern with having a third open burn season. We already have 14 days throughout the course of the year. The open burns cause air pollution and pollutants that cause health hazards. She was opposed to a third open burn.

Motion: Hahn moved, seconded by McCoy, to approve the second reading of an Ordinance amending Chapter 111 “Alcoholic Beverages” of the Code of Ordinances to increase the number of available Class A license from 8 to 9.

Discussion: Allendorf questioned what would happen if we received another application for a license. Moran advised the Council would review it at that time and decide on whether to add an additional license.

Motion: Bernstein moved, seconded by Allendorf, to approve the proposal to establish a dog park in the Timp 2 Subdivision, 19C-0267.

Discussion: Bernstein commended the organizers for coming up with a spot that is more acceptable to the council. They did a great job addressing the concerns raised.

Hahn thanked Chris and Courtney Timp for donating the land. It is a great location and he hopes it goes well.

Motion: Allendorf moved, seconded by Hahn, to open item 19C-0269 for discussion. Discussion: Hahn feels the City needs to stay proactive on parking. He recommended looking for grants that might help with a parking structure.

Renner recommended giving staff direction to look into parking and come back with their recommendations.

Westemeier stated parking has always been a problem. He feels the City needs to look into paid parking. He recommended hiring a parking enforcement officer to monitor the downtown parking.

Allendorf feels it is easy to get fixated on needing a large lot. He feels the first thing to demonstrate is responsible enforcement in terms of construction equipment taking up multiple spots for indeterminate periods of time. Several spots are also used for redirecting traffic flow on side streets. He feels the city needs to address the smaller issues immediately and take steps to address the medium and long-term issues.

Bernstein feels the council should consider hiring a consultant or forming a committee as this is a complicated issue. She further recommended taking a look at the proposal from Adam Johnson as well as consider doing a shuttle on the weekends to move people around.

McCoy believes that while it would be nice to say business owners have been responsible, there seems to be a need for every employee to have their car as close as possible. He would be in favor of having a parking control office to monitor the downtown. He would also support forming a committee to study the issue.

Westemeier stated he would be opposed to hiring a consultant. The City has been doing studies since the 80’s and 90’s. We don’t need to pay someone $40,000 to tell us we have a problem.

He feels the city is going to continue to have this problem until such time as we bite the bullet and borrow money to build a ramp and have paid parking.

Council agreed to direct staff to come up with their recommendations.

19C-0270 – FIRST READING OF AN ORDINANCE TO ACCEPT OWNERSHIP BY DEDICATION OF THE PUBLIC STREETS, WATER DISTRIBUTION SYSTEM, AND STORM WATER SYSTEM IN THE TIMP’S SUBDIVISION – PHASE 2

Motion: Allendorf moved, seconded by Bernstein, to approve the first reading of an Ordinance to accept ownership by dedication of the public streets, water distribution system and storm water system in the Timp’s Subdivision – Phase 2.

Discussion: McCoy questioned if the current ordinance now requires sidewalks and lighting in new subdivisions. He was advised it does.

The following bill was presented:

Motion: Kieffer moved, seconded by Allendorf, to approve the Warrants as presented, 19C-0272.

Vacation Rentals – Council thanked Matt Oldenburg and staff for the work on the vacation rentals.

Dog Park – Council wished them luck on the dog park.

Dog Park – Council thanked Chris & Courtney Timp for the donation of the land for the dog park.

Pride Bridge – Allendorf stated he has heard and seen a lot of positive feedback on the flags on the bridge. This was a piggy back off the “Illinois for All” campaign.

Kelly Lane/Irvine Street – Westemeier asked to have Public Works take a look at where the water comes down and sits. There is always standing water there. He is concerned with mosquitos and kids that play in that area.

Sex Trafficking – Bernstein stated she recently attended a program at the library on labor and sex trafficking. It happens everywhere in the U.S. and is a $150 billion industry. Everyone should be aware of it.

Market House – Bernstein thanked the Elk’s Club for cleaning up around the Market House.

Thank you – Moran thanked the public for their patience with the east side highway project. In his estimation, it has been the most unpopular project to date and he is glad to have it done.

Gear Street Project – Moran reported the project is nearing completion. They expect to have it paved and the sidewalks installed by July 3rd providing the weather holds out.

Deer Program – Moran stated he is continuing to register hunters and areas. He has received six new hunters. An item will be placed on the agenda in July for approval.

Thank you – Moran thanked Matt Oldenburg and Jonathan Miller for their work on the vacation rental presentation.

The motion carried. The meeting adjourned at 7:29 p.m.

Want to get notified whenever we write about City of Galena Council ?

Sign-up Next time we write about City of Galena Council, we'll email you a link to the story. You may edit your settings or unsubscribe at any time.