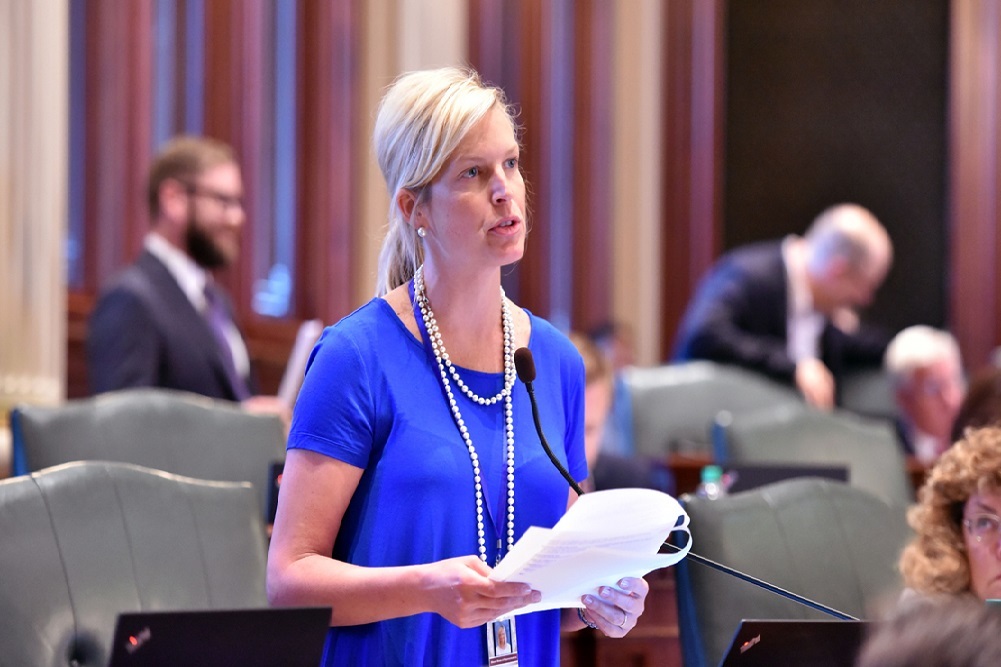 Joining a chorus of fed-up legislators recognizing overburdened taxpayers deserve real property tax reform in Illinois, we must blow the whistle on the actions, and inactions, of the Illinois Property Tax Reform Task Force.

Unfortunately, this Task Force, was created with 88 members, a design flaw baked into the bill to collapse the task force under its own weight. The Task Force blew past the October 31 interim report filing deadline and the December 31 deadline for sending the final report to the Governor and members of the House and Senate. As of January 15, the report had still not been filed.

A “draft summary” report was not shared with task force co-chairs until late in the day on December 23. Rather than a final draft, Democrats shared a summary document written by one Democrat co-chair of the task force with assistance from his staff. The individual subcommittee findings were never sent back to subcommittee members for consent, and the full document was never brought back to the full task force for a public discussion or vote of acceptance/rejection.

Among the reform ideas submitted by legislators, yet not included in this “partisan stunt” of a draft report are:

– Property Tax Caps for Senior Citizens. Seniors are being pushed out of their homes because they can’t afford always-rising property taxes. Both blue state California and red state Indiana have tax caps to prevent this, which Illinois should consider.

– Eliminate Conflicts of Interest. The current system protects and rewards the politically-connected. Well-known conflicts of interest and insider deals plaguing Chicago’s property tax process should be ripped out and replaced with a clear, objective standard that is fair for everyone.

The Republican co-chairs of the task force requested calling the full task force together prior to the final deadline so that members had an opportunity to debate and consider the recommendations, but that request was denied. Instead, one member took it upon himself to write the report and claimed he had the authority to do so.

Income has gone up in Illinois, yet we have the second highest property taxes in the nation. Movement is not always progress. Unfortunately, this task force’s report (when finally issued) will join a growing stack of property tax reform task force reports, which the Illinois General Assembly passes off as progress. It appears Democrats in Illinois are incapable of reducing taxes as it requires acknowledgement of their spending problem.

On key, kitchen-table, issues like ethics reform and property taxes, the Democrats have passed nothing substantive. One-party rule has enabled property tax dysfunction. All the people get are movement instead of progress; no reform and no relief. High property taxes remains a top issue facing Illinois. As legislators representing two state border districts, we stand ready to negotiate real property tax reforms and provide relief to homeowners and small businesses.

Want to get notified whenever we write about Illinois State House District 71 ?

Sign-up Next time we write about Illinois State House District 71, we'll email you a link to the story. You may edit your settings or unsubscribe at any time.